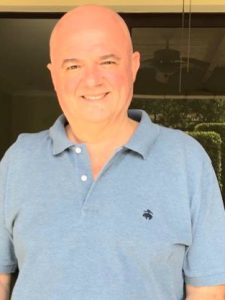 Massimo is an Italian national married with a Honduran, and he is the father of four pre-teen children. After graduating, without learning much, in business administration in Milan, he was conscripted and had to complete 15 months as a second Lieutenant in the Italian Army.

Massimo started his career in Cresap-Telesis, a management consulting firm that folded just one year after his arrival. He was lucky enough to find an equivalent job in the Boston Consulting Group, which he considers his real alma mater. After working 10 years in the offices of Milan, Chicago and Monterrey, he asked for a sabbatical to go to work for one of his clients in Monterrey, Vitro, where he was the head of the Float Glass business unit.

Massimo left the company one year later to join PuntoCom Holding, a B2B internet start-ups holding company funded by Cemex, as head of the Mexico operations. Having burned through 30M$ in one year without any appreciable result, Massimo and his colleagues where swept away by the bursting dot-com bubble. They decided to liquidate the company and give back the little money salvaged to the shareholders. Without a job, in 2000, he accepted the offer from Motorola to move to Honduras to run Celtel, at the time the only cellular telephony operator in the country.

The company was sold 6 month later and the new owner promptly sacked him. Sick and tired of being (in his opinion) serially mistreated and fired by moronic corporate minions, Massimo decided to break free and to start CCC in 2001. He lived happy ever since.

Massimo is a member of the Mont Pelerin Society and the Entrepreneurial Committee of the Fundación Internacional para la Libertad.